Tomatoes, oranges, almonds, olive oil, the list of products from sunny Spain that we greedily consume is a lengthy one which we take for granted. As we began the second day of our travel through Castille y Leon we passed many small farms, the likes of which upon whom we depend on for these supplies, with an awakening realisation of the tough existence they must have. The summer’s drought had baked the land to a golden crisp, such leathery greens as remained bore a dusty coating. Large birds of prey, we guessed were black kites, buzzards and griffon vultures, were easy spots along the route adding to the sense of desert desolation.

Our destination of Salamanca was only a couple of hours drive west, so we consulted a good old-fashioned paper map, to see what else lay en route. The Almendra Dam was an obvious “must-see”; it being the tallest in Spain we expected a spectacular vista across a wide expanse of water. What we didn’t anticipate was that several recent, unusually dry seasons experienced here would present us with a spectacular moonscape, emphasising the worryingly low water levels in the reservoir.

This arid landscape was littered with previously-drowned, stony villages, a legacy of the sixties’ Franco regime, skeletons of dry stone walls stretched across the dusty plain and a tiny stone shepherd’s shelter, long submerged, lay exposed in the lower levels. The reservoir that backs up behind the dam covers 86.5 square kilometres and should contain 2.5 billion cubic metres of water. The dam is more than half a kilometre wide. Pausing in constructed viewpoint lay-bys, as we drove over the dam, we were awestruck at the dramatic contrast in vegetation on either side, the small outlet of water from the dam resulting in a much leafier, verdant landscape below. As we continued our journey, we couldn’t help but ponder whether this dramatic scene was the result of global warming or mankind’s ever-increasing demand for irrigation of crops.

We carried on our way towards Salemanca, through beautiful though parched lands, pausing by the ancient town of Ledesma, crossing the River Tormes via yet another roman relic.

This rugged stone bridge, set in such a picturesque setting, was a welcome sight after many miles of such parched scenery. I vowed to plan any future trip for Spring, when the almond trees must blossom and the fresh green of the pastures must make a stunning panorama.

Salemanca, like many historic cities in the area, sits proudly on a hilltop and is a photographer’s dream. This Unesco Heritage site is also an international seat of learning, which was established in the 1100s, and attracts tourists and students equally. As we wandered its busy streets, marvelling at the medieval architecture and shops selling local delicacies, we were joined by hordes of fellow tourists and young students all contributing to the vibrant atmosphere of what turned out to be a Festival evening. 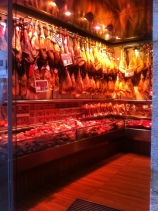 The central plaza was taken up with a large stage, set up for a nationally renowned 80s band, so we decided to avoid the crowds already packing that space and headed for quieter, back street dining, followed by a gentle stroll back to our lodgings. Tomorrow another journey awaited, this time crossing the border into Portugal. 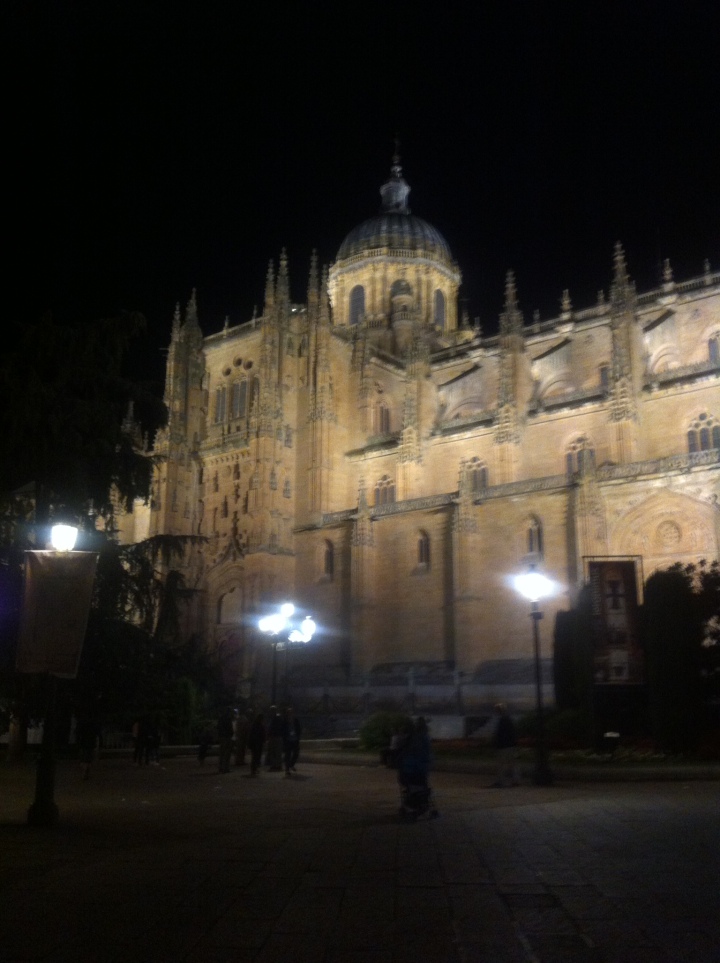